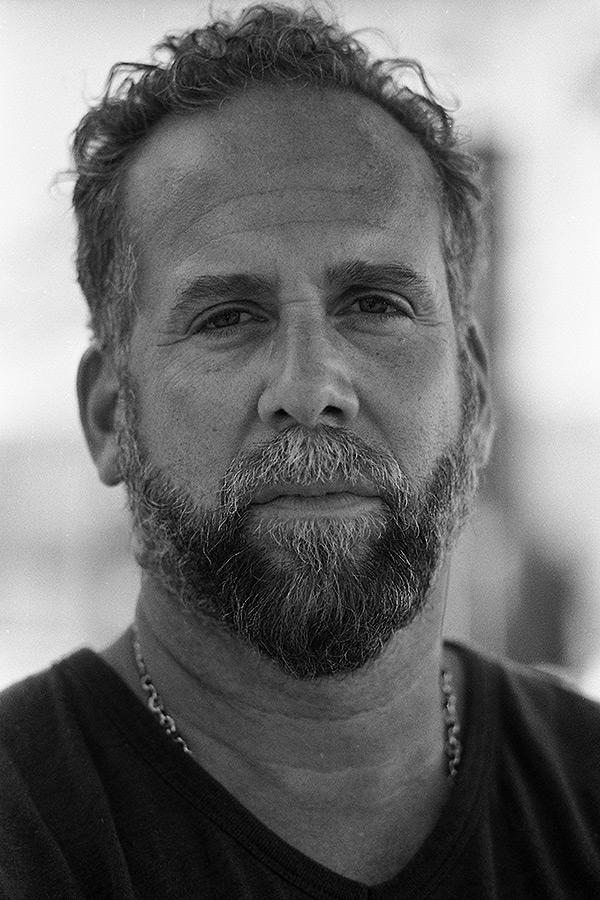 Harak Rubio was born in San Juan, Puerto Rico in 1970. The son of renowned artist Pablo Rubio, Harak grew up surrounded by art. This constant exposure to freedom of expression led the artist to experiment from a young age in drawing, clay, silkscreen, jewelry, painting and later, metal sculptures. In 1989 he began his college education at the University of Puerto Rico. In 1992 Harak completed his technical education in metals, jewelry and silkscreen; mastering media in design, drawing, painting and sculpture. His professional career started in the world of film, advertising and video production as designer, art director, prop master and more. He has worked for various production and advertising agencies such as Universal Pictures, Miramax Films, Trivisión Spain, Animal Planet, People Films, Cinesi, Inc., Viguié Films, USA Network, ABC Network, CBS, Quentin Tarentino Productions, MTV, Revelation Films and Lifetime Movies among others. He has remained active and successful in the film industry, where he is considered one of the best in Puerto Rico.

“Oceans” and “The Color of My Guardians”, Mount Dora, Florida, USA 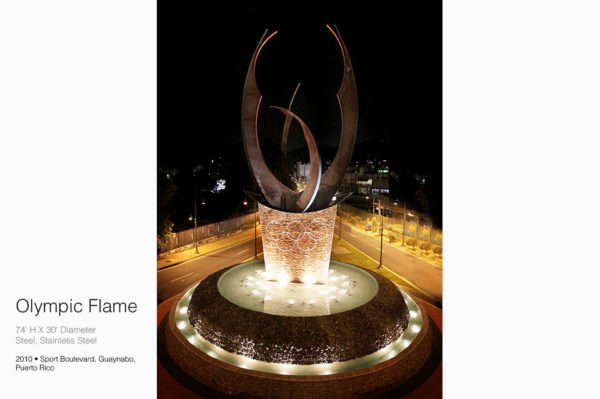 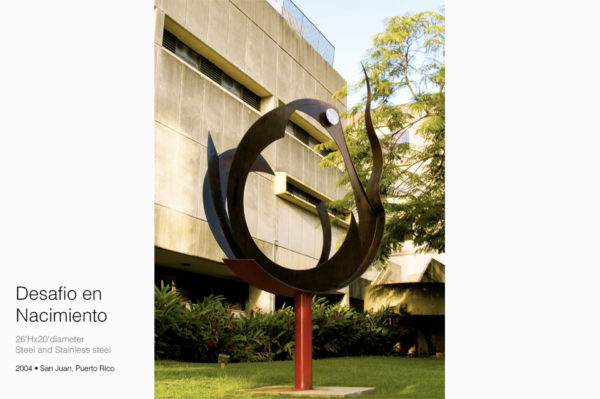 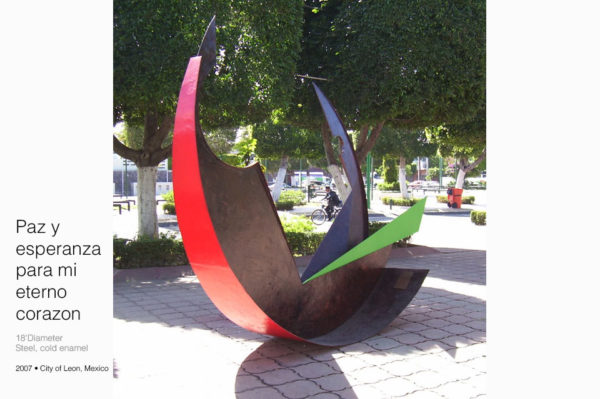 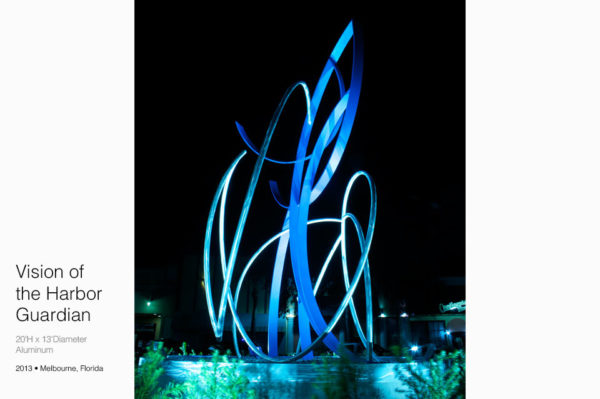 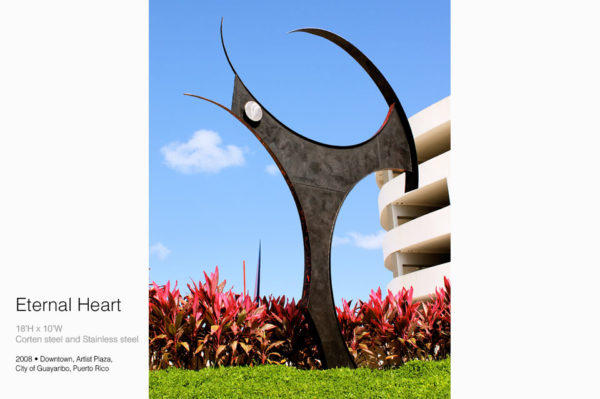 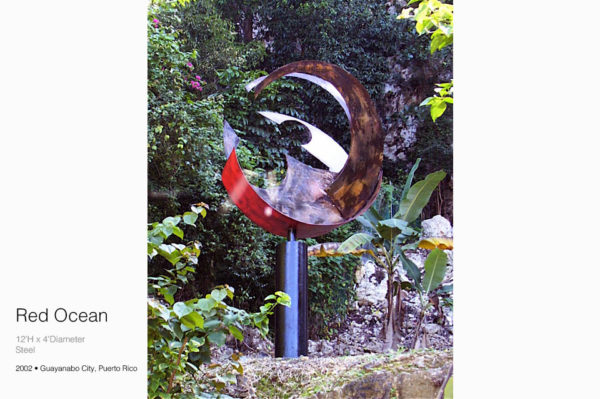 His work are part of important individual and corporate art collections.

Invited to participate in the “II International Biennial of Cement”. Municipality of Caguas, Puerto Rico

Chosen among a selection of young sculptors for installing the monumental Pablo Rubio’s sculpture “Cristales de la Paz” “Crystals of Peace” at the Universal Expo of Sevilla, Spain 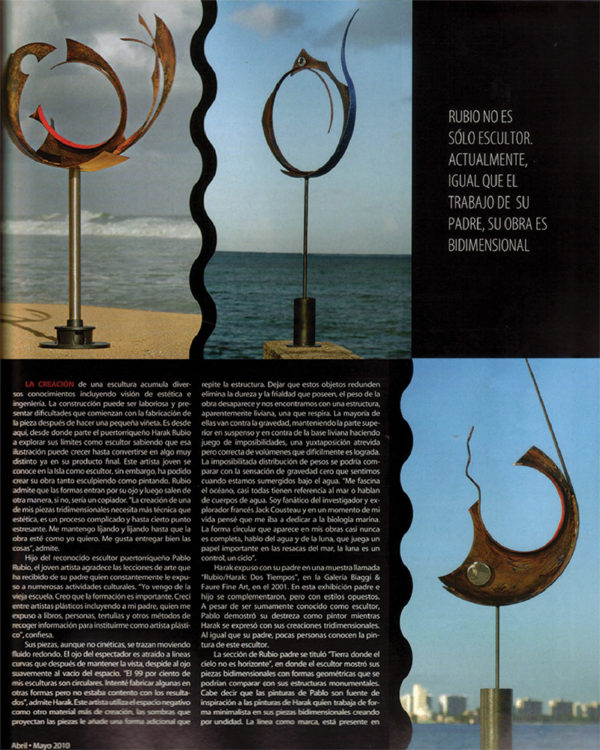 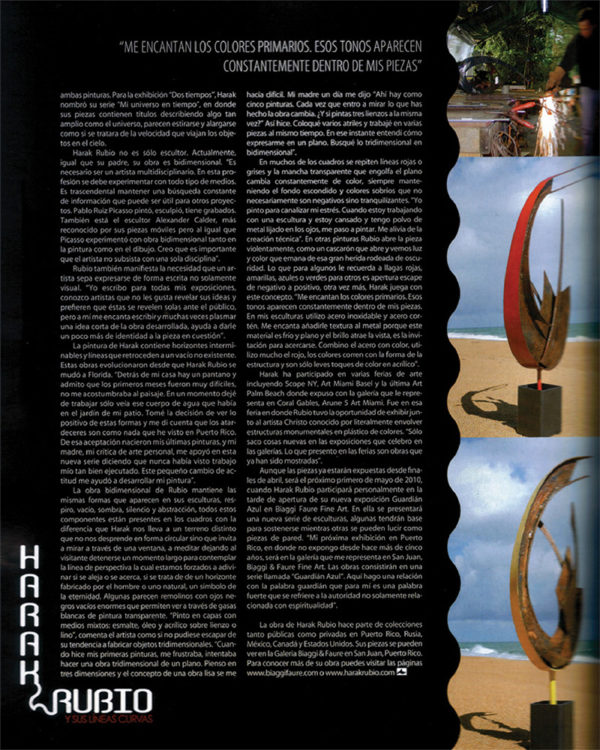 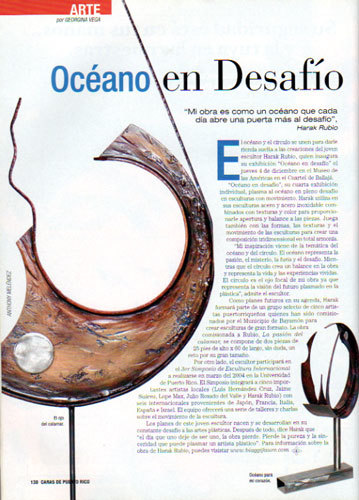 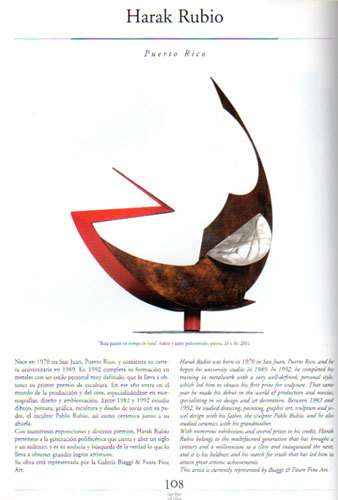 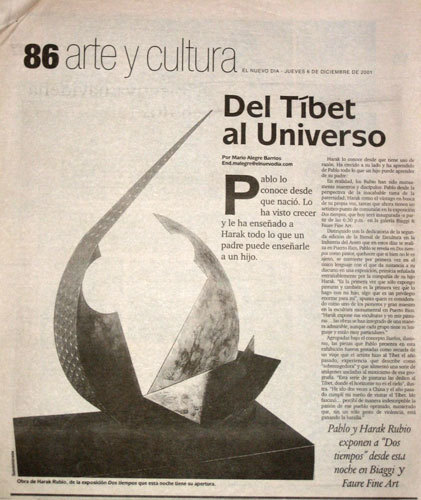 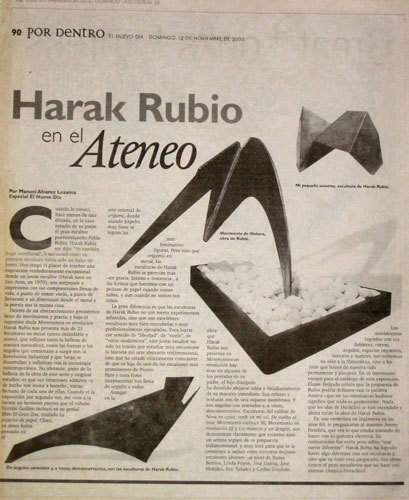