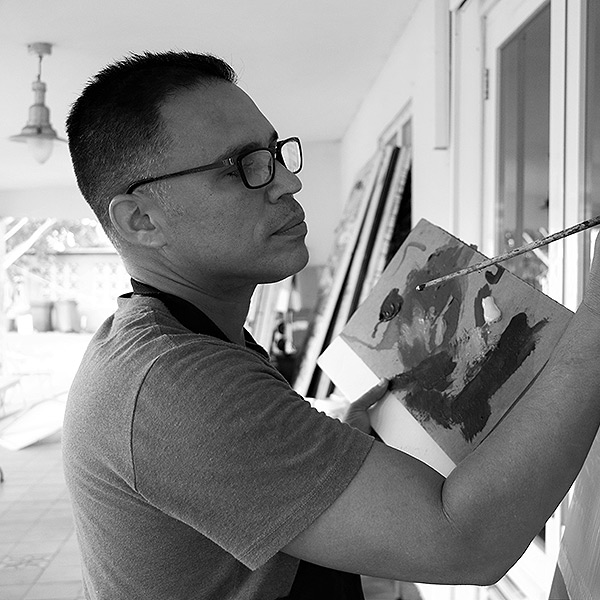 Javier David Ramos was born in Río Piedras, Puerto Rico in 1966. In 1992 he completed a Bachelor of Fine Arts with a major in Painting from the University of Puerto Rico, Río Piedras Campus, where he graduated Magna Cum Laude. In 2001 he obtained a Master of Arts in Information Systems and Educational Technology from Sacred Heart University in Santurce, Puerto Rico. He has participated in several individual exhibitions in Puerto Rico and in collectives in Santo Domingo, the United States, and Puerto Rico. He currently teaches Visual Arts at the Mercedes García Colorado School. He explores the processes of painting as a means of reflection. He works in landscapes, experimenting with unconventional chromatic variations through an expressive abstract language that originated in the subconcious.

“My abstract painting mainly focuses in the landscape genre. Endless variations on the same theme builds the body of work of my career. Hidden under the forms, colors and movement seen on the canvas, there are several quotes of art history masters and their ouvre. Recently the subject of my pictorial investigation is the landscape painting of Flandes region in the 16th century. Also there is another theme beneath the surface of my art: life and death’s inseparable relationship, the life cycle, the light and the shadow of our existence expressed by the means of a dripping technique that uses richly saturated colors and mysterious gray shades to deliver a painting that is unique and strong, but also colorful and poetic.”

Exhibition of the Contest of the Academy of Arts and Sciences, San Juan, Puerto Rico 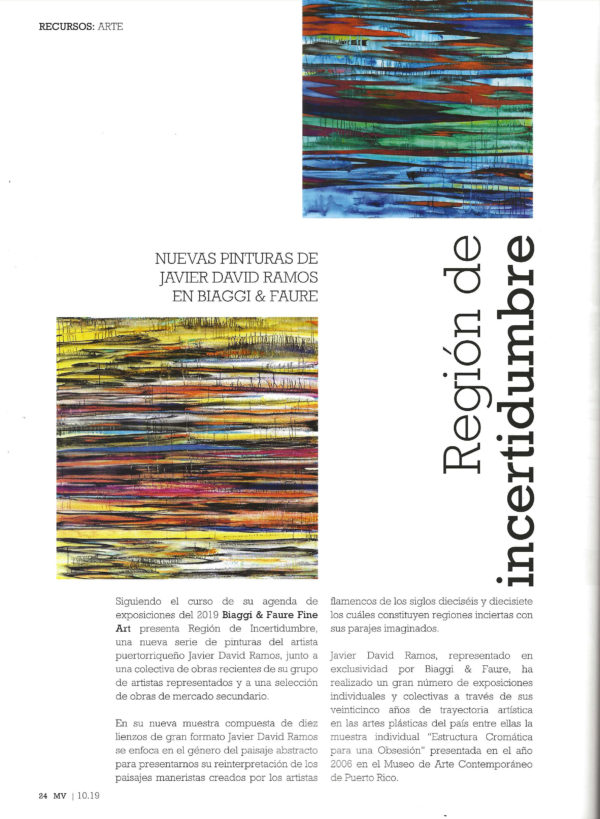 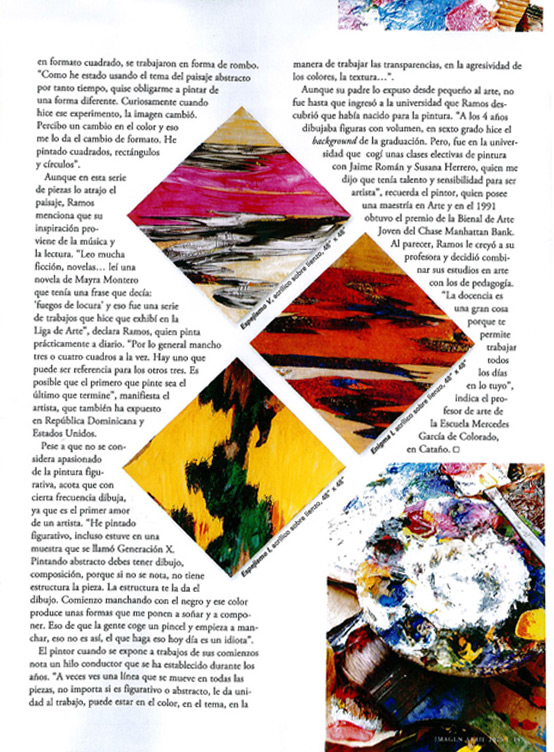 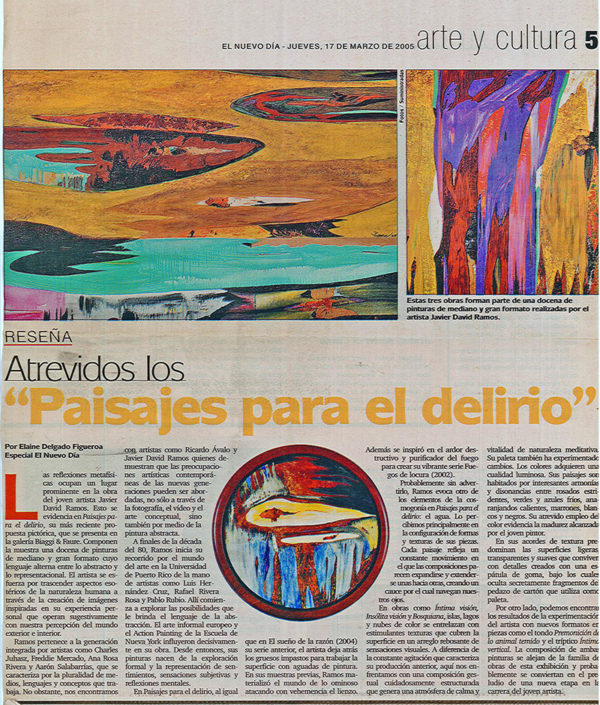 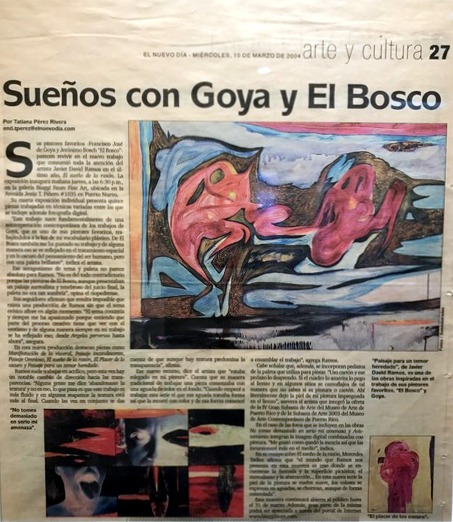 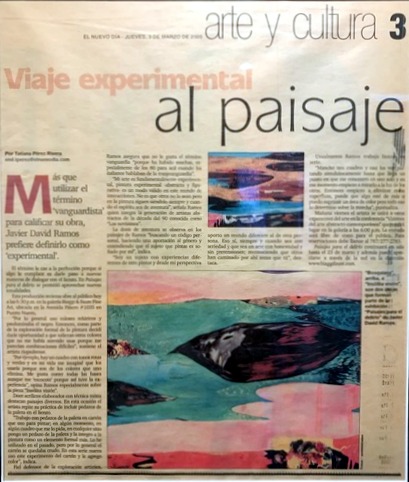 The pictorial creation of the Puerto Rican artist Javier David Ramos goes far beyond traditional concepts such as abstract expressionism. His plastic universe is made of complexity and integrity, reflecting the modern society we live in. In this exhibition, in which he includes the Paisajes Apócrifos (Apocryphal Landscapes) series, the painter shows us a quite mature oeuvre, experimenting with the color, the light, the texture and with a very singular perspective which breaks academic canons.

Through this way he achieves in his painting an atmospheric richness that insinuates a powerful image of an apocalyptic world. Between the colors and the lights that moves horizontally, we can see scenes of urban decay, calcined trees and deserts, among other visions in an abysmal and telluric way. The drippings that move toward the bottom part of the paintings allude to tears, or black rain indicative of atmospheric pollution, provoking melancholy and yearning sensations. In fact, the horizontal stripes of colors can be seen as hope and escape symbols or insinuations of menace and fire instead. Due to the authenticity and sincerity of his creative process, we can say that Puerto Rican artist Javier David Ramos represents the avant-garde of contemporary painting in our Island. 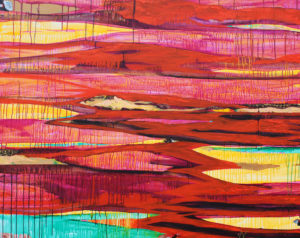