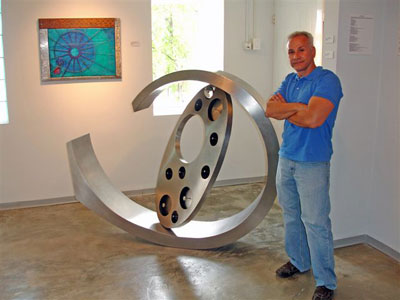 This stainless steel sculpture with measurements of 54” x 14” x 68” is to be presented along with 600 additional works by artists from all over the world.

The exhibition is going to take place in China’s International Exhibition Center, Forbidden City and the Beijing Olympic Village from August 8, 2008 to September 17, 2008.

From September 2008-2010 this show will travel around the world visiting various cities as Shanghai, Hong Kong, Switzerland and the United States.