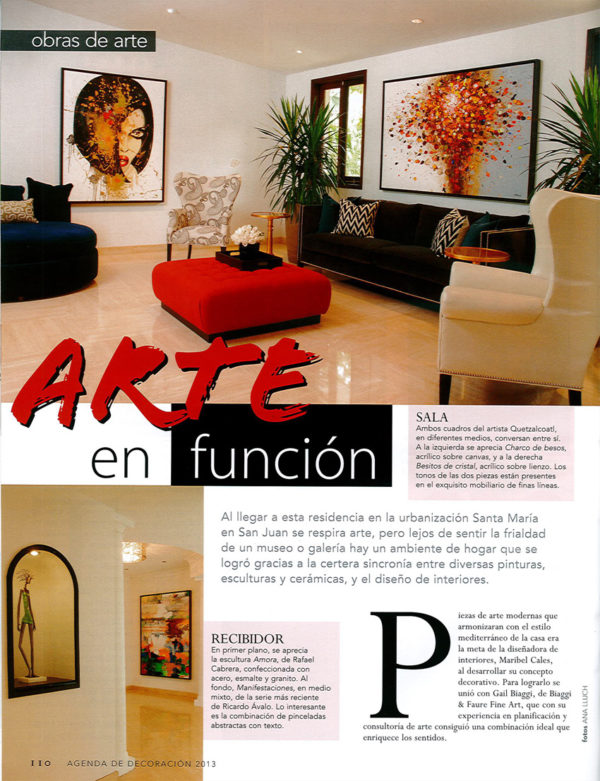 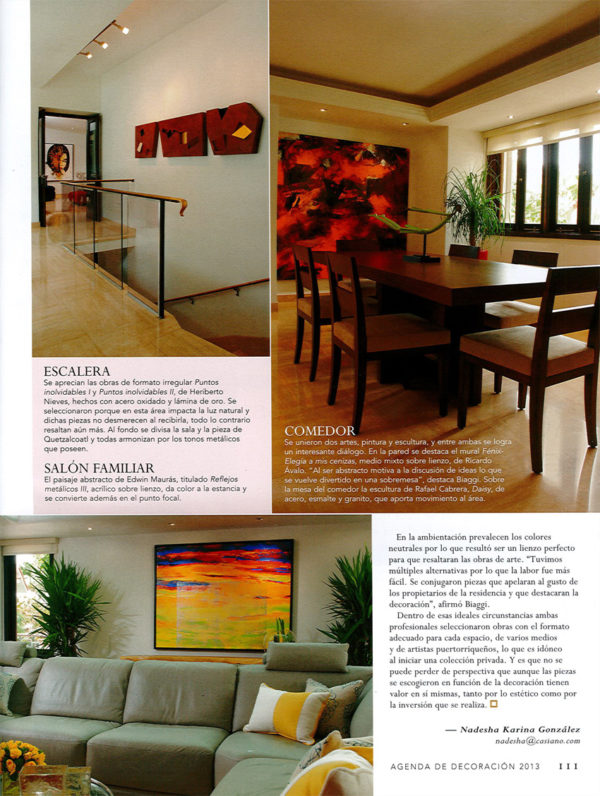 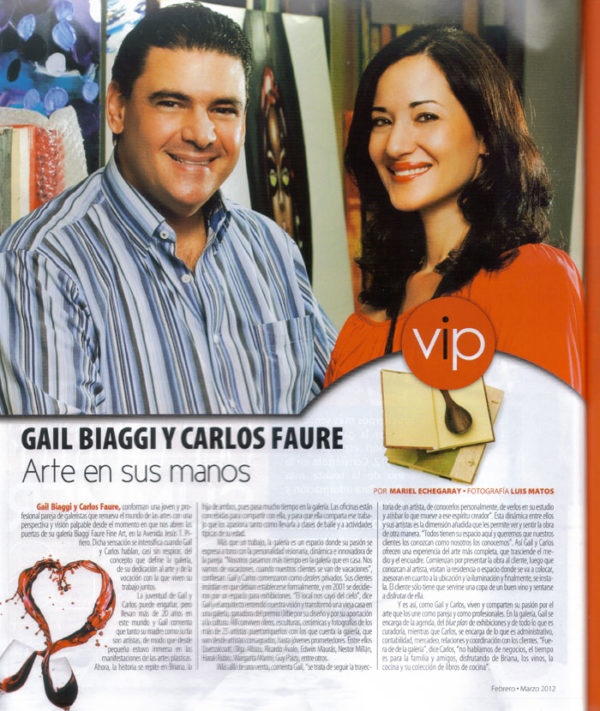 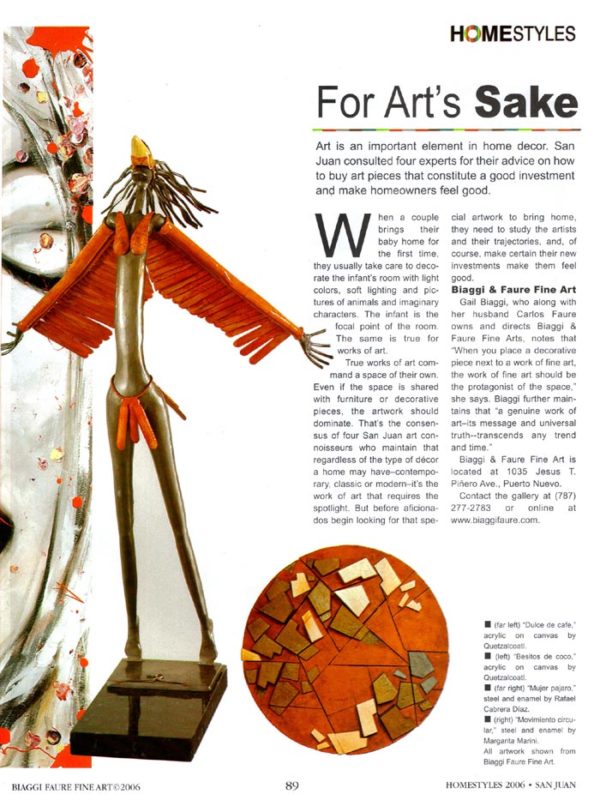 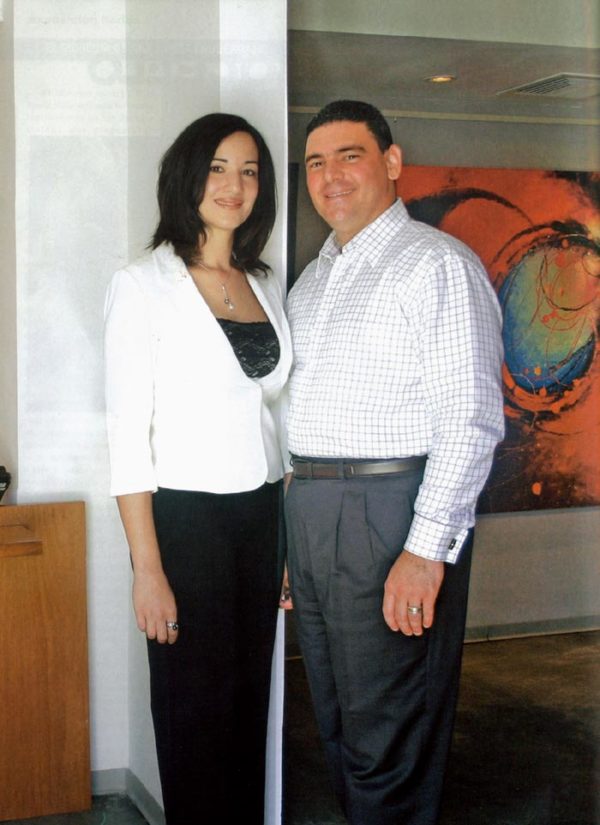 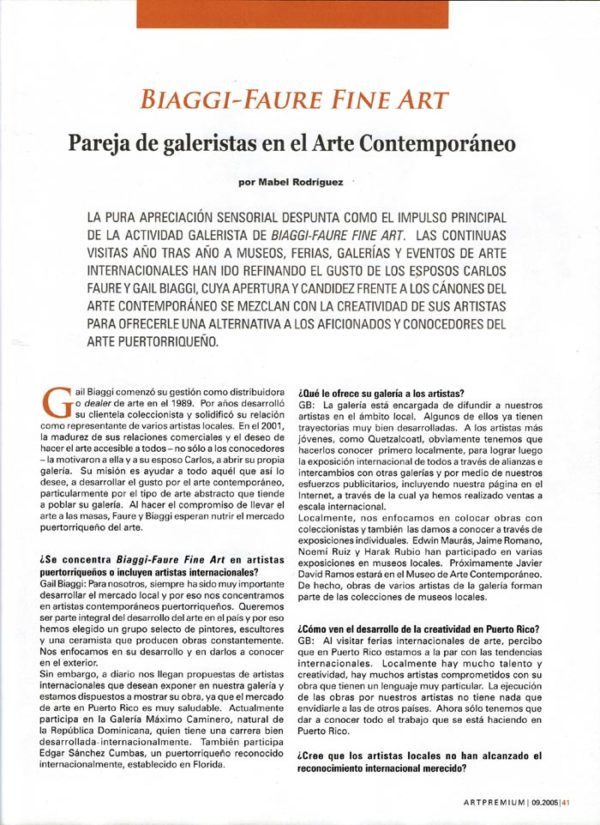 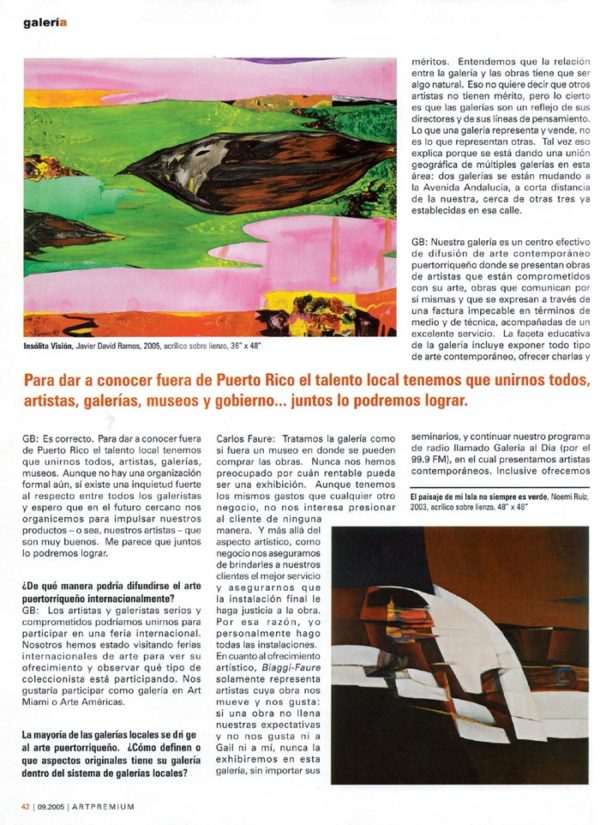 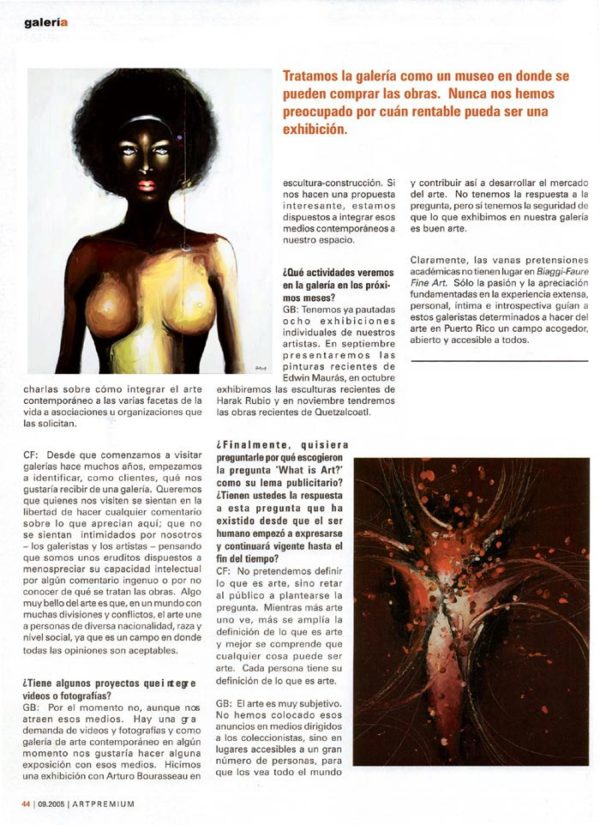 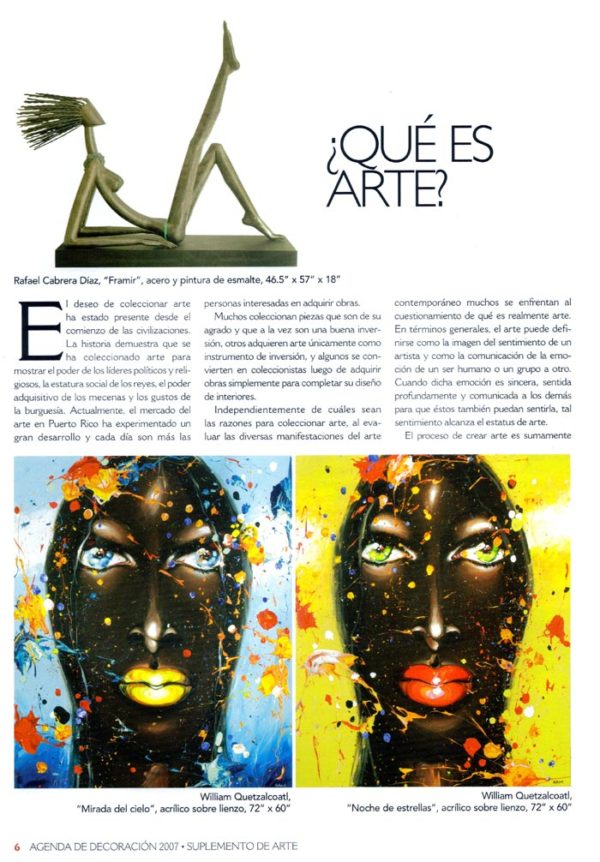 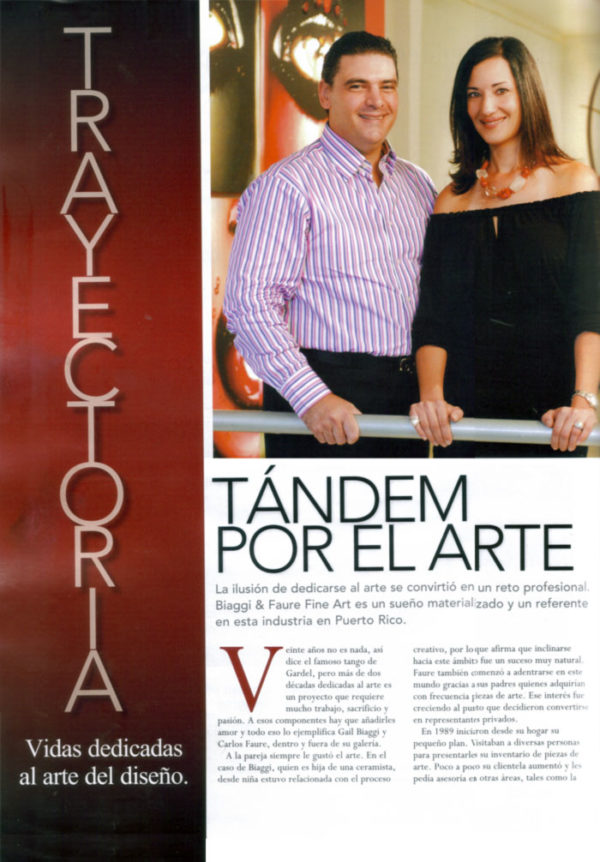 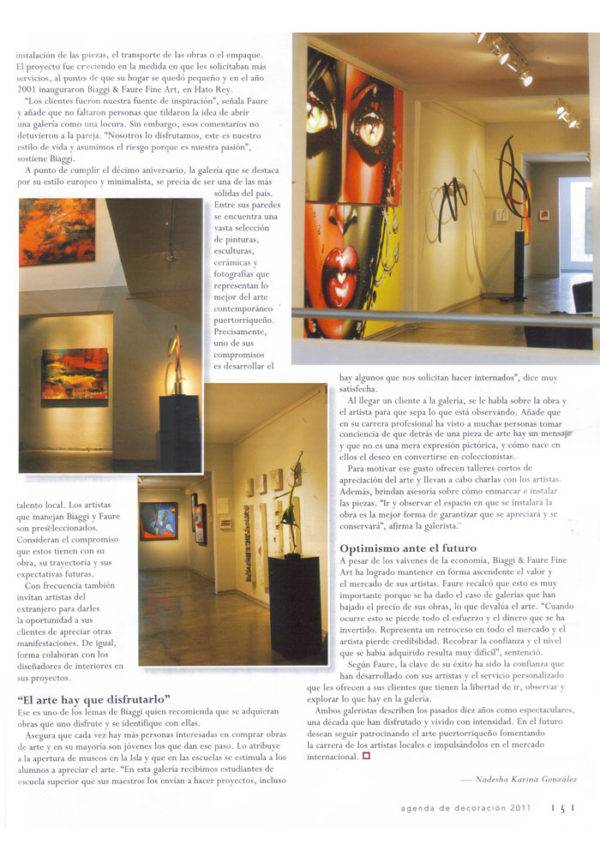 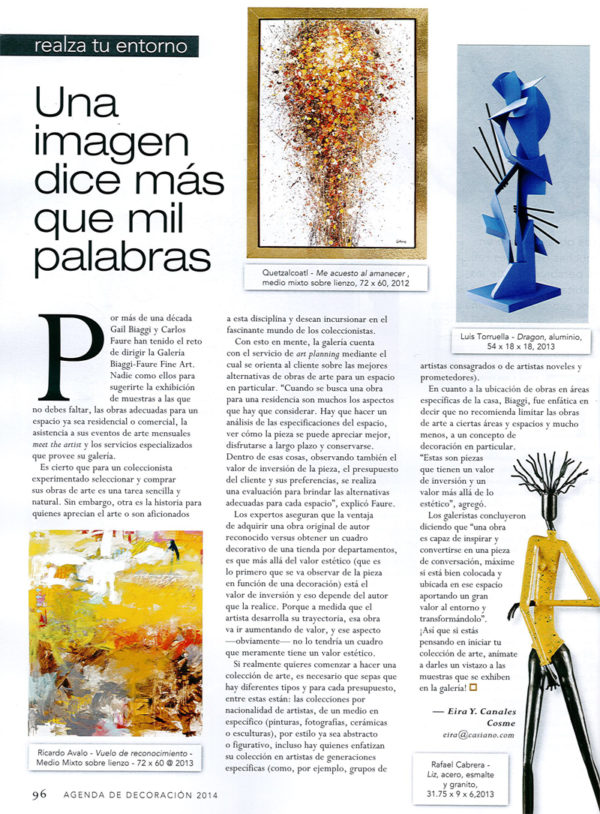 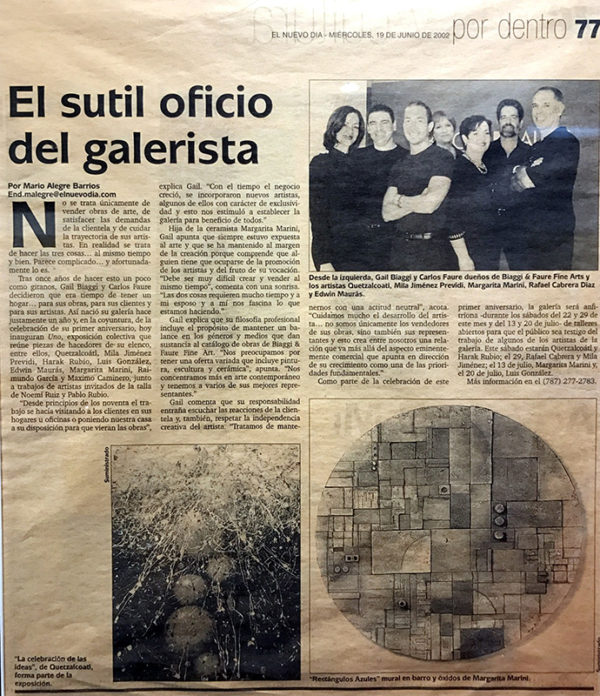 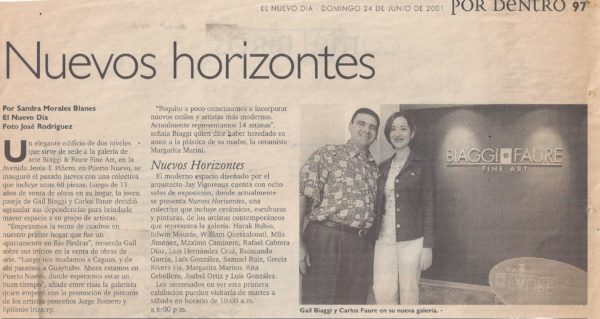 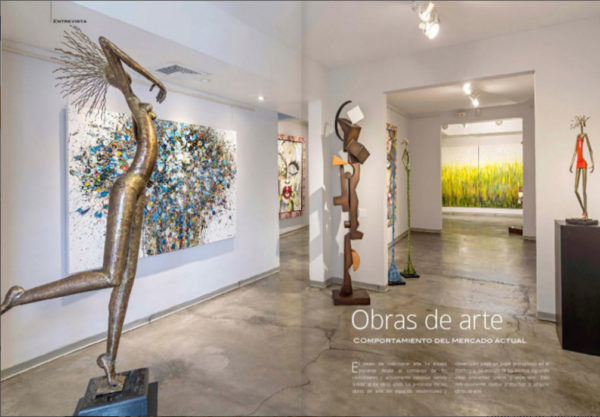 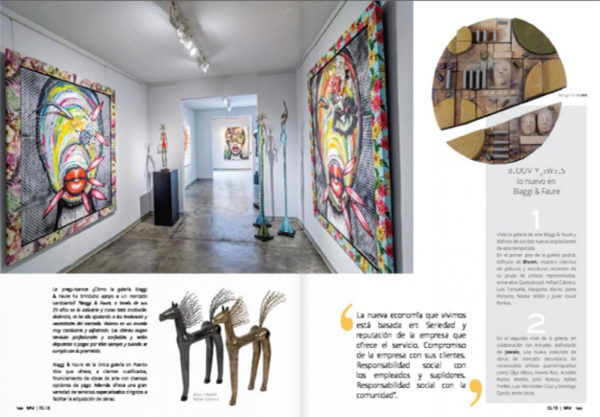 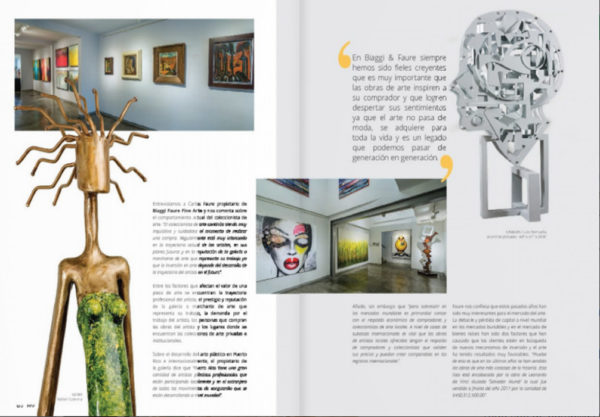 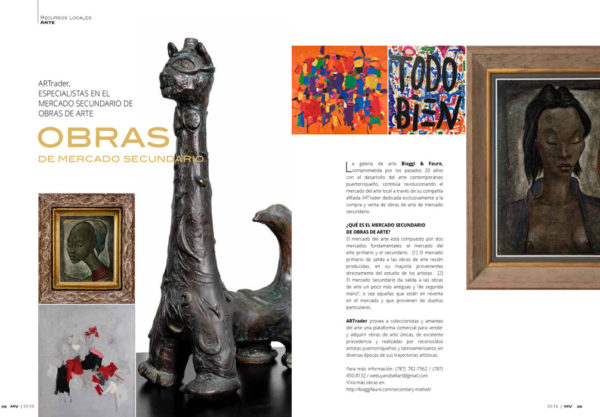 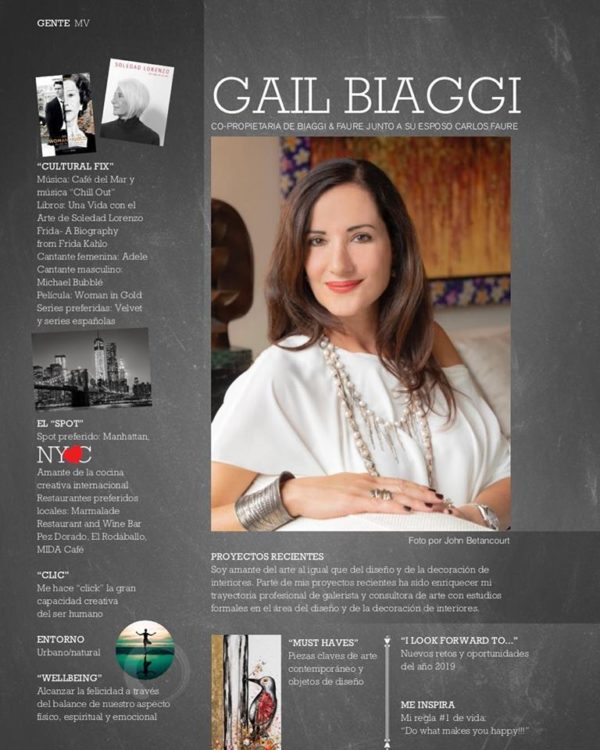 Gail Biaggi was selected in 2004 by El Nuevo Día for the Century XXI Outstanding Women Award. 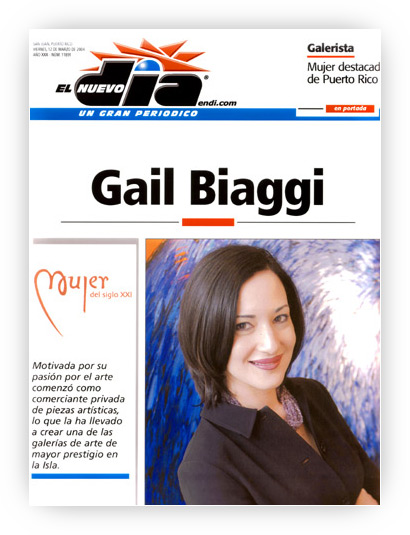 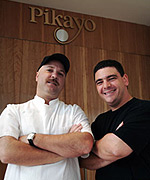 Pikayo Restaurant and Biaggi & Faure Fine Art cosigned in 2003 a collaboration agreement in which Biaggi & Faure will be the exclusive art supplier of this prestigious restaurant established at the Museo de Arte de Puerto Rico in Santurce. Pikayo’s exclusive clientele will be able to enjoy rotating exhibitions by Biaggi & Faure’s represented artists along with the creative cuisine of chef Wilo Benet.

Biaggi & Faure Fine Art won the Academia de Artes, Historia y Arqueología de Puerto Rico 2002 URBE Award for the architectural excellence of the gallery’s building. This award was conferred to the gallery and to architect Jay Vigoreaux for their commitment to good architecture and to habitable urban surroundings. The URBE Awards were created by Panamanian architect Efraín Pérez Chanis, founder of the 1960’s URBE publication. The URBE Awards acknowledge work by architects, urban planners, and citizens who contribute in different environments to the creation of more habitable urban surroundings. Pérez Chanis, who passed away last year, was a distinguished architect, urban planner, educator and researcher.

Gail Biaggi was selected by Caribbean Business as one of the 40 entrepreneurs under the age of 40. The selected people are men and women that are near the top or at the top of their chosen fields and they have no intention of slowing down. These are people who will lead Puerto Rico’s world of business for years to come.

Biaggi & Faure Fine Art has been listed in 2000 as a member in the National Register Who’s Who in Executives and Professionals.